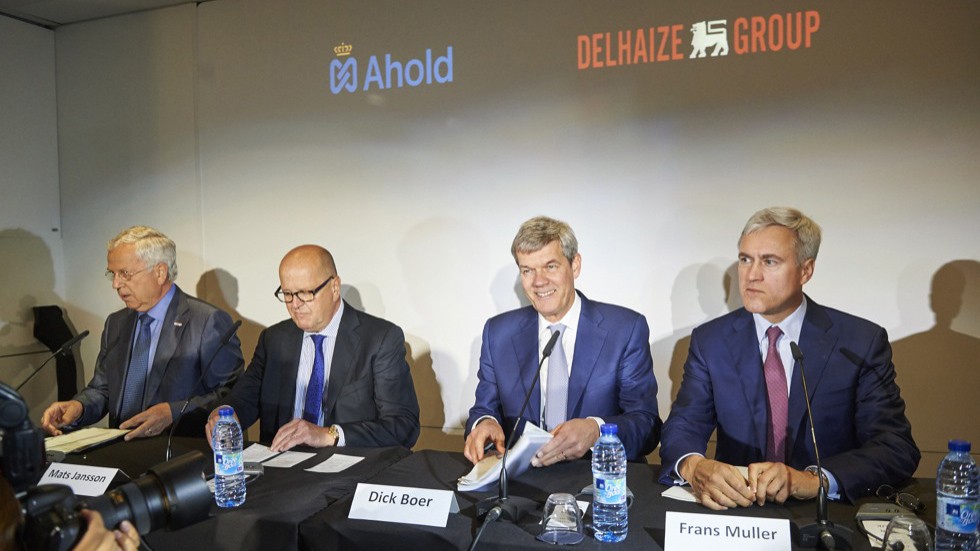 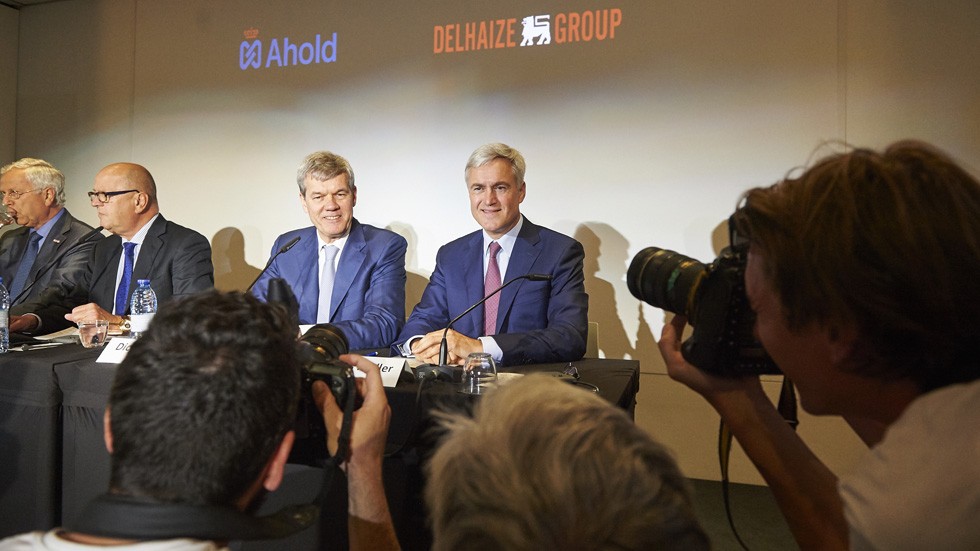 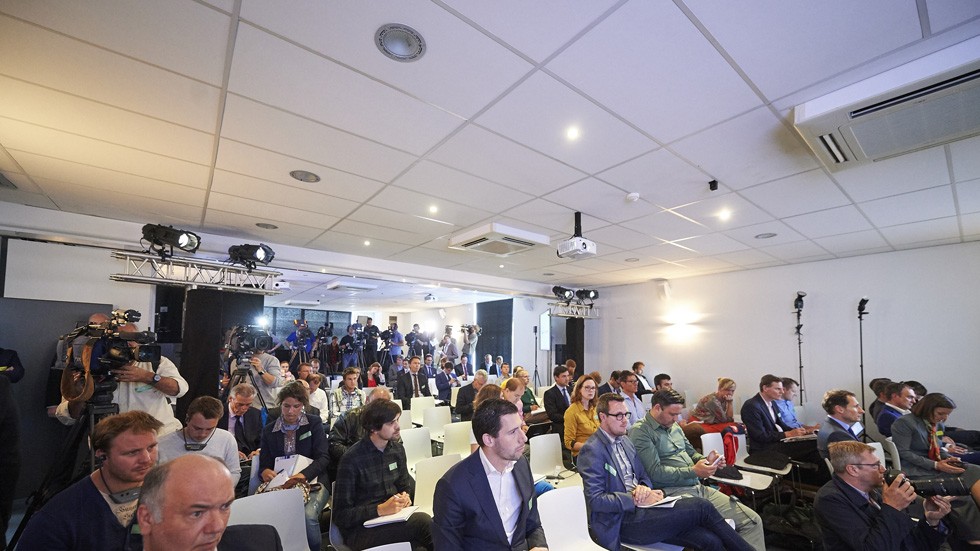 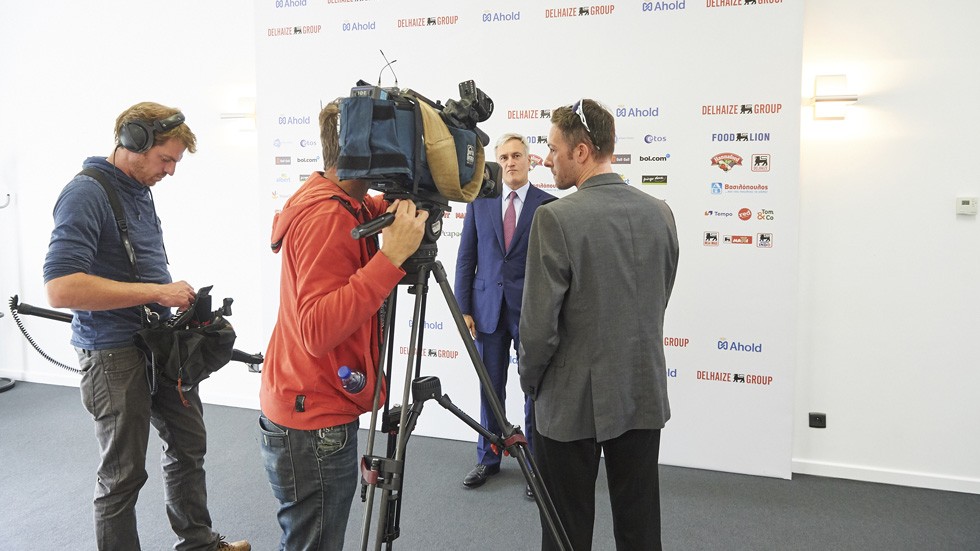 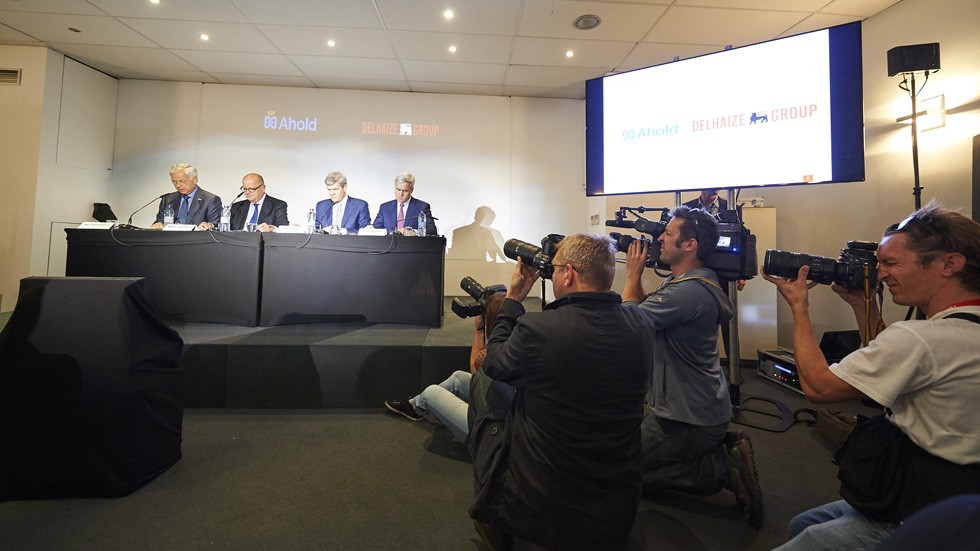 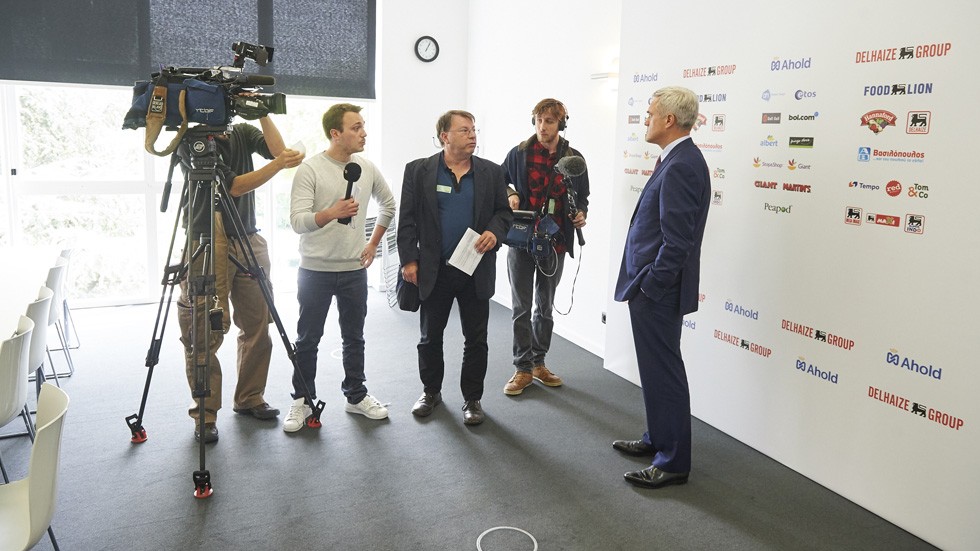 About 100 media attended the event along with a dozen TV crews, some of which covered the press conference live during their mid-day news editions

In addition to the AV equipment needed for the conference, Eleven3 also created branded interview corners for both CEO Frans Muller (Delhaize) and Dick Boer (Ahold)

Ahold Delhaize will create a complementary base of more than 6,500 stores with 375,000 associates, characterized by trusted brands with strong local identities and will be able to serve over 50 million customers per week in the United States and in Europe